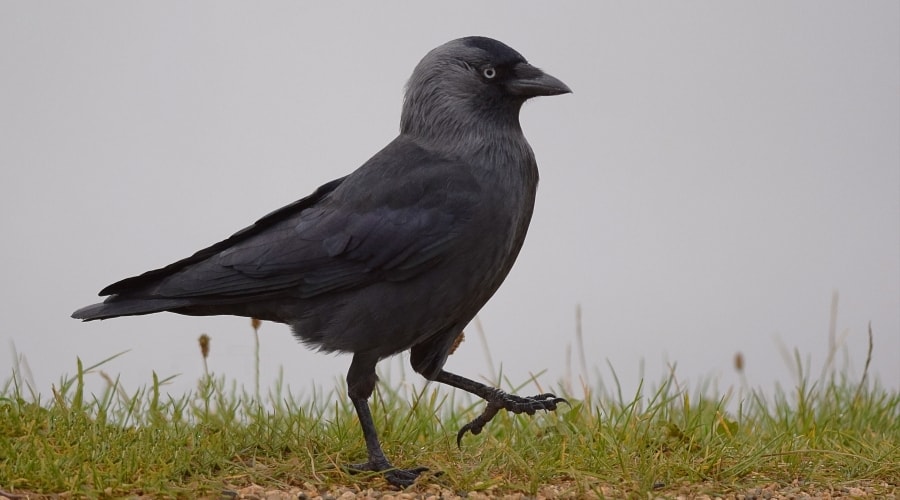 Birds are incredibly smart, physically quick, and capable of some amazing feats of movement. Even chubby little penguins who only waddle across the land can ‘fly’ through the water at incredible rates.

Yet, there is a persistent myth that birds cannot walk backwards. Is it true? I will help dispel the mystery around birds’ ground locomotion and share all the facts so you know which birds can walk backwards.

Some birds, like parrots, can walk backwards, however others, such as Emus, cannot. Due to how their knee and ankle structures have fused together, some species of birds cannot work their leg joints in a way that allows them to step backwards. This can be a significant disadvantage if they need to escape from a predator in a narrow space.

One of the strangest things in bird anatomy is that an ostrich can walk backward while the very similar-looking emu cannot.

An emu’s ability to sprint forward at incredible speed is thanks to a calf muscle not present in other species. The exact reason for this is not known but it is theorized that the knee joints in these big birds are unsuited to the task.

How Do Birds Walk Backwards

Birds can walk backward by hopping. Although a few species, like domesticated parrots, may be trained to step backwards intentionally, most species don’t.

A quick backward hop or flutter is all they need to remove themselves from most uncomfortable situations. By using their leg muscles and pushing off, a basic back-hop is easy for a bird.

Birds don’t walk on their feet the way people do. Instead, they have a unique segment of their legs called the tarsometatarsus, which is made from other bones of the foot, the distal, and metatarsals that have fused over many generations of evolution. In humans, metatarsals are the long bones in your feet.

Meanwhile, the upper bones or proximal and the tibia have fused to form the tibiotarsus. Where the tarsometatarsus and tibiotarsus meet is now the bird’s ankle.

Above that, they have a shortened fibula and femur connected by a patella or knee. The part of a bird’s leg you see bending, especially in long-legged species like storks and flamingoes, is actually a modified ankle.

When birds walk, they use both their true knees and their ankles to move the leg. The ankle joint moves more because it is made of two elongated bones.

Though it looks odd, it is actually a bit like a human walking on tiptoes. If you try this yourself, you can see how moving backward in this position is more difficult, though not impossible.

Birds don’t walk backward because it probably feels wrong to them. Additionally, the avian sense of balance and center of gravity is adjusted to their leg bones and natural forward locomotion.

Predatory birds’ eyes are in front of their head because it helps them spot prey as they move forward. Other species, like pigeons, have side-facing eyes to spot predators, but their legs are still more suited to move ahead than behind.

Why Do Birds Walk Backwards

Some birds walk backwards when they are ill or uncomfortable. Since the motion is not normal for them, it may be a bit like pacing or rocking humans do when they have pain they cannot immediately fix.

Although it isn’t always a sign of distress, birds do occasionally walk backward when they feel unwell.

Other examples of birds walking backwards are incredibly varied. Parrots are the most often noticed, likely because their owners tend to be devoted pet-parents who spend a lot of time with their birds.

AGP offers several examples of birds who do this for very different reasons. Playing with toys, attempting to fly with clipped or damaged wings, and even when they poop.

It is noteworthy that parrots are extremely intelligent. In fact, they are as smart as some small children. It is more than reasonable to say that parrots may simply be playing with their feet and experimenting.

Birds cannot run backwards. Although their legs allow most bird species to take a step back, running backward is a singularly useless skill when you can already fly.

Because of birds’ evolutionary choices for survival over hundreds of thousands of years, they don’t need to run in reverse.

It is almost always easier and smarter to turn sideways or make a U-turn than locomote backward. Additionally, birds have escape routes many of their predators can’t follow because they often fly or swim.

Exceptions, like the ostrich, can outrun most animals and kick anything that comes at them with a truly deadly 2,000 pounds per square inch.

Plus, they have four-inch talons on the end of their feet. When you can one-shot an adult lion with your toes, you don’t need to run backward. Other birds can mostly take flight to escape.

Whether it’s a parrot hopping around to play or an ostrich doing a full backpedal to escape, birds who move backward are an unusual sight.

Typically, it is nothing to be concerned about, but backpedaling can be a sign of trouble. For example, a bird that backs away and puffs up its feathers may be trying to show aggression. In that case, it’s a sign of fear, anger, or both.

Here are some other helpful tips to know about birds walking backward.

Most birds ‘walk funny,’ at least by human standards. From skips and hops to waddling gaits, they are very different from humans despite also being bipedal walking upright on two legs.

Despite the myth that birds can’t walk backwards, many species do. However, it’s not all bunk. There are bird species like emus who are incapable of stepping backward.

link to Are Birds Scared of Dogs

Continue Reading
link to Do Birds Hate The Smell Of Vinegar