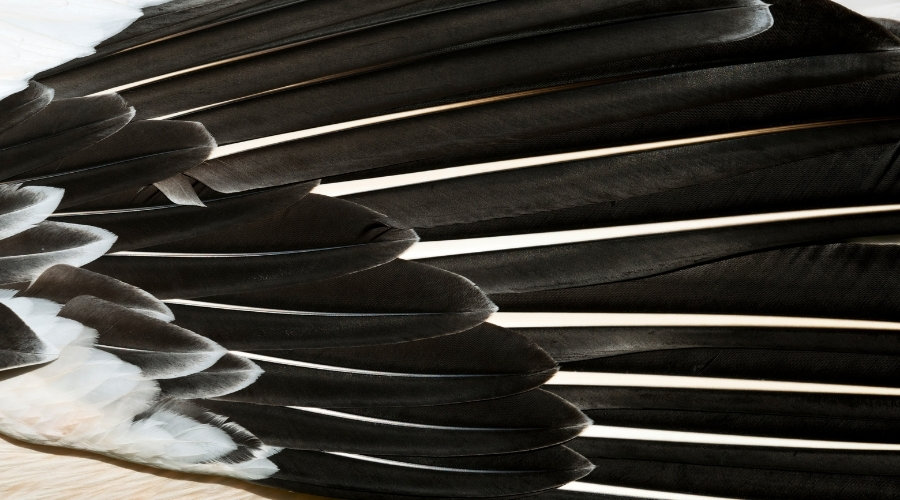 A bird’s feathers can weigh more than its skeleton. In fact, birds have uniquely light bones because of their need for feathers.

While the number and type of feathers vary from species to species, it is one of the easiest ways to identify a bird. Do all birds have feathers?

Do All Birds Have Feathers

All birds have feathers. Precocial species like ducks, are born with feathers, while Altricial birds like parrots and songbirds grow feathers after they are born. Their feathers are used for flying, temperature control, protection and attracting mates. The type of feathers, quantity, length, and use will vary depending on the species of bird.

The only birds who have no feathers naturally are newly hatched altricial. Because of their different lifestyles and needs, some species can afford blind, bald, completely dependent babies.

Most of these live high in trees where few predators can reach them. Others that more commonly nest on the ground like swans spend very little time in their nest and begin to swim after about a day.

Ultimately, it’s all about survival. It costs a newborn chick lots of energy to grow feathers in the egg, so waiting to do so later can be beneficial.

However, if your species nests down low where more predators can get you, it’s worth the energy to develop more beforehand because it increases your life expectancy.

Tree birds tend to have fewer eggs and spend more time nest-raising them and protecting them. Meanwhile, ground birds often have more eggs because the mortality rates are higher.

Do All Birds Have Down Feathers

All birds grow down feathers. However, not all species frow the same quantity of down. Typically, birds who come from higher elevations have the most down feathers because they use them for body insulation and staying warm.

Down is not like other feathers. It resembles a fluff of cotton or dandelion more than a flight feather. The texture and shape help to trap air near the birds’ bodies.

Their natural heat warms the air, so birds travel around with their own blanket of warm, fluffy insulation.

A bird grows six different types of feathers. The list below explains each one briefly.

Which Birds Do Not Have Feathers

Every bird has feathers. In fact, having feathers is one of the major defining characteristics of being a bird. However, the feathers’ type, color, length, use, and the quantity depend on the species.

Penguins may appear smooth and featherless, but they actually have more feathers than any other species. An average penguin has as many as a hundred feathers per square inch of skin.

Moreover, penguins molt all their feathers about once per year to make room for new growth. Typically, this happens at the end of the breeding season.

Birds Who Pull Their Feathers Out

Some birds, such as domestic parrots, pluck their own feathers. This can be dangerous and is a form of self-harm. Additionally, it can leave portions of the bird featherless.

You will still see feathers on the heads of these birds even if they manage to deplume the rest of their bodies. Birds’ beaks cannot reach the face or back of their own head.

Despite the incredible range of neck motion some species like owls have, turning a hundred and eighty degrees, it is physically impossible to bite the back of your own head regardless of which way you turn.

Self-plucking comes from two main sources. First, it can be a psychological outlet. Birds are brilliant, and they may pluck if they get bored, depressed, or suffer from anxiety.

Loneliness and loss, such as losing a longtime mate, friend, or even a human caregiver, can also lead to this sort of emotional plucking. Even sexual frustration can lead to plucking.

Secondly, a bird may pluck its feathers if it is uncomfortable or in pain. Malnutrition is one source of this odd behavior.

However, infections, skin conditions, and parasites also cause self-plucking. Other potential problems include bacterial and fungal growth, exposure to toxins, or even an underlying disease.

If your pet bird is pulling its feathers out, there are plenty of ways to help them. Start with a visit to your veterinarian. They can give the bird a physical exam and run tests to determine the specific cause of the picking.

After that, your bird will receive a diagnosis, and the vet can help you prevent future picking and make suggestions to help them.

Why Do Birds Have Feathers

Bird feathers are evolution’s way of protecting a bird. While not all species grow flight feathers, the feathers on every bird help to protect their body from the outside world.

From dampening the impact from a fall or crash to preventing scratches and keeping them warm in winter, feathers are vital for a birds’ health.

Some feathers are used for communication. Mating dances, warning signals, and other feather displays are part of many avian species’ languages.

Birds will spend time daily grooming their feathers with their beaks to keep them in peak condition. Well-groomed feathers are a sign of a happy, healthy, thriving bird.

Bird feathers are highly specialized. Depending on the species, every aspect of the feathers is significant and often very different.

Some birds need waterproof feathers for swimming and diving, and others only need to flit briefly through dense trees.

Here are a few more helpful tips to know about bird feathers.

Bird feathers are incredible. Early ancestors of modern birds, the dinosaurs, are now believed to have had feathers more often than not.

By growing feathers, birds can fly, put on intricate and beautiful mating displays and insulate their bodies to protect against the cold. Some birds run or swim instead of using their wings for flight, but all birds grow feathers.

link to Do Hummingbirds Fly Upside Down

Fast-flying hummingbirds need to eat about half their body weight in nectar and bugs each day merely to stay alive. That is a lot of food for any animal. Thanks to their incredible metabolism and...

Continue Reading
link to Are Birds Scared of Dogs