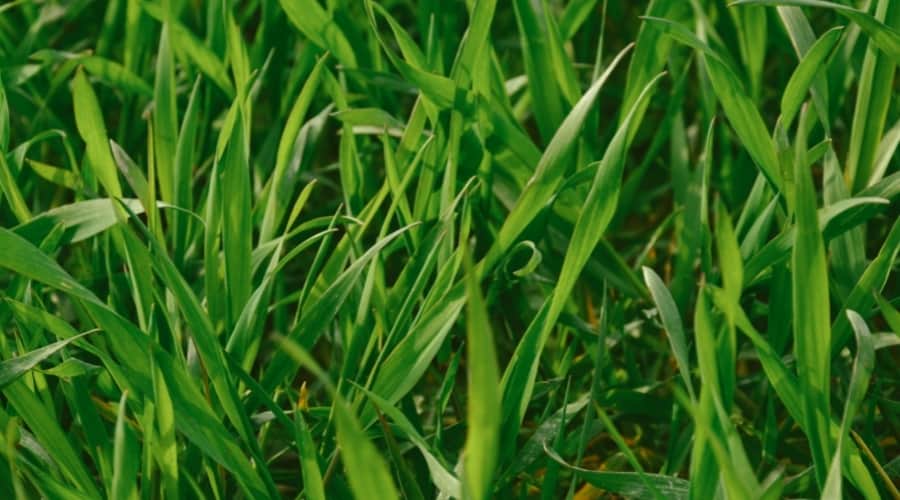 The grass is biotic, which sounds like science fiction, but it’s not. Abiotics are features in an ecosystem that are non-living but still necessary to sustain life, like water. Meanwhile, the grass is biotic or living.

All living things or organisms fall into recognized categories that indicate their place within the ecosystem. Is grass a decomposer? I’ll explain what decomposers do, how it relates to grasses everywhere, and how grass fits into ecosystems worldwide.

Is Grass A Decomposer Yes or No

Grass is not a Decomposer because it doesn’t break down waste organic matter from plants and animals, including dead materials, and release their nutrients back into the earth. Grass is a Producer because it produces its own food by using nutrients and sunlight to create sugars through photosynthesis.

Grass is known as a producer, and it occupies a crucial niche in nature. In fact, grass makes up about a quarter of all plants on land and has thousands of different species adapted to varying soil and weather conditions.

Instead of breaking down deceased organic materials, the grass uses the rich nutrients decomposers leave behind, along with water and sunlight, to produce its own food.

As a plant, the grass uses photosynthesis to create sugars to feed itself. Animals, known as consumers, like mice and caterpillars, eat grass and grass seeds instead of making their own food.

In time, both the grass and animals eventually die, offering decomposers a meal and restarting the cycle.

What Is A Decomposer

Decomposers occupy a particular and vital niche in ecosystems worldwide. You can find them in every environment, from the oceans to the desert.

Decomposers literally aid in decomposition, and they fall into a group often called FBI or fungi, bacteria, and invertebrates.

Decomposers are living organisms that feed on dead plant and animal tissues. Doing this breaks the tissues down into their component parts.

According to the EPA, after processing organic substances, decomposers produce beneficial waste in the form of vital soil nutrients, which frees those nutrients for producers to ingest.

Examples of decomposers include fungi, like mushrooms, bacteria, worms, termites, woodlice, and millipedes, to name just a few.

Some of these are animal-like and move around on legs or using muscles to eat and excrete. Other organic life forms like fungus and bacteria work on a smaller scale and can spread through spores or expand and grow, but they do not physically move around as individuals.

Why Is Grass Not A Decomposer

Instead of helping to break down organic material, grasses ‘eat’ or absorb the already broken-down nutrients that decomposers leave behind as waste.

Producers like grass are self-sustaining and do not hunt or eat other living or dead organic materials. Instead, they use special photosynthetic cells in their leaves.

These cells take water, minerals, and nutrients from the grass’ roots and sunlight to make sugars. A byproduct of this process is the lovely green color.

Is Marsh Grass A Decomposer

Marsh grass is a specialist. This species is uniquely adapted to survive in salt marshes. While all living things require some salt to survive, these brackish watery environments have too much salt for most life forms.

Like other grasses, marsh grass doesn’t break anything down to eat it. Likewise, it doesn’t free up nutrients to reintegrate them into the food web, so it’s a producer.

Virtually all plants are producers, even when they can survive unusual circumstances like an overly salty home.

Is Sea Grass A Decomposer

Sea grass is exactly what it sounds like, a grass that lives in the sea. Like marsh grass, this species is adapted to handle saline (saltwater).

Still, as a photosynthesizer seagrass is a producer. However, so-called sea grass is actually more closely related to lilies than terrestrial grass.

Sitting on the bed of the ocean, this bizarre and brilliantly green species helps hold sediment in place with its roots.

According to the National Wildlife Foundation, sea grass also helps trap sediment in the water. This helps improve water quality. In fact, the health of sea grass is a great indicator of the overall health of the water nearby.

Is Rye Grass A Decomposer

Rye grass germinates faster than any other variety. This cool-season grass has excellent cold tolerance and is often used in northern climates.

Meanwhile, in winter, it is used for southern lawns. This popular, thin-bladed grass is not quite as winter-friendly as fescue, but it’s still ideal for lawn lovers who want to see green late in the year.

Rye grass is not related to the rye that produces edible seed, but it makes a superb grazing grass for livestock. As a green, self-feeding edible for herbivores, rye grass is a producer and not a decomposer.

Is Grama Grass A Decomposer

Grama grass is not a decomposer. While both omnivores and herbivores can eat this tall grass, Grama Grass itself doesn’t eat anything except the sugars it produces from raw inorganic materials.

Unlike ryegrass, grama grass is a warm-season plant that thrives in temperatures above sixty degrees Fahrenheit.

This lovely, tall, and wide-ranging grass can be found from Manitoba or Alberta in Canada to the northern Mexican Plateau in Mexico.

Regardless of its value as an ornamental, Grama Grass is drought resistant and provides food for small animals like squirrels.

Is Eel Grass A Decomposer

Often called Zostera, or seagrass, eel grass is another ocean-dwelling species. Within its ecosystem, eel grass is vital to provide shelter and foraging grounds for invertebrates and smaller fish.

This grass filters pollution, but it does not break down organic materials to sustain itself. While this is a critically important function, it is not decomposing anything, so like other green self-supporting organisms, eel grass is a producer.

Helpful Tips To Know If Grass Is A Decomposer

Grass is one of the most important and widespread producers on earth. Thousands of different varieties of grass help convert carbon dioxide, sunlight, water, and soil filled with nutrients into edible sugars.

Here are some helpful tips to know if grass is a decomposer.

Grass plays a vital role in the cycle of life on earth, but it is not a decomposer. If decomposers are both the end and beginning of all life because they break down organic materials into usable nutrients, then plants like grass are the more in the middle of the cycle of life in numerous ecosystems.

As self-sustaining producers, grasses use the byproduct of decomposers along with sunlight to photosynthesize sugars for self-feeding.

When producers and consumers die, they become food for the decomposers and close the loop.

link to Is Grass An Organism

The weight of turfgrass is 75 to 80 percent water, just like humans. Here in the US, we only have about fourteen hundred species of the ten thousand plus grasses on earth, but what is all of it?...

If your backyard is more jungle than suburban oasis, check out these 10 tips for cutting tall grass with a weed eater. I put them together after two months of heavy rain and an overseas vacation...