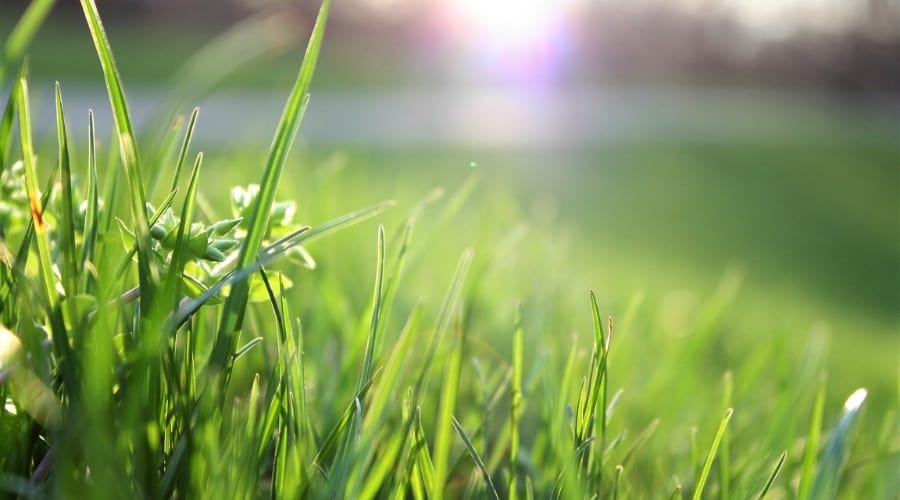 The weight of turfgrass is 75 to 80 percent water, just like humans. Here in the US, we only have about fourteen hundred species of the ten thousand plus grasses on earth, but what is all of it?

Is grass an organism? Are the individual blades separate, or could a whole lawn be a single living thing?

Grass is a self-sustaining producer organism from the incredibly diverse Poaceae group of the plant kingdom. Grass uses sunlight to synthesize foods from carbon dioxide and water. It generates oxygen for consumers as a byproduct of photosynthesis. This living organism makes up as much as 26 percent of all plant life on earth.

Is Grass Considered An Organism

We often look right past grass because we quite literally walk all over it. However, the grass is a living thing, which means it is an organism.

It is also easy to make the mistake of thinking an entire lawn is just one living thing, but that is not the case.

Anyone who has ever planted grass seed knows that thousands of individual parts make up that lovely green whole.

This is why a patch of grass can turn yellow and die, but the rest of the lawn will survive. While individual blades of grass are like limbs on an animal, the structure as a whole, a clump of grass, is one organism.

The stalks or blades of the grass are leaves, and within each is millions of chlorophyll cells. Each of these cells produces a green pigment that gives the grass its unique color. However, these cells do more than looking good.

On their own, chlorophyll cells cannot exist, but within a plant, they use sunlight, water, and vital nutrients collected from the soil to sustain themselves and create sugars that feed the plant.

The chlorophyll cells are part of the grasses’ interdependent system that helps the whole living plant grow, reproduce and change over time.

What Type Of Organism Is Grass

Grass, as an organism, is in the producer category. It is also a plant, and all plants are producers, though a few specialized plants are also consumers.

Venus flytraps and pitcher plants lure and digest insects, but most are like grass that creates its own food. Below are a list of the types of organisms and what niche they fulfill in nature.

What Is An Organism

An organism is a blanket term that refers to any living organic system. Inorganic systems lack the necessary markers for life.

Living things all do some type of functional, self-motivated activity. For example, organisms grow, reproduce and change.

Additionally, an organism is a single living entity that fulfills all these markers for being alive. An ecosystem with many plants and animals is not an organism.

However, large organisms can be home to a collection of interdependent smaller organisms.

A human body is a large organism that depends on smaller symbiotic organisms such as beneficial intestinal bacteria.

Because those bacteria require a host to survive and cannot live alone, we are considered one big organism.

Meanwhile, some organisms are tiny, single-celled creatures that function as a life form without needing other living organisms within them to exist.

According to Mirriam Webster, organisms are complex living structures of interdependent and subordinate elements whose relations and their function in the whole determine their properties.

Blades of grass are part of a single organism. They may look like a cluster or appear as separate pieces, but grass blades are parts of the interconnected organism.

These green leafy parts are like a tiny farm inside the plant, making food for the larger body.

At the base of grasses, there are thread-like or fibrous roots under the soil. These are used to collect water and nutrients from the soil.

Without roots, the grass blades wouldn’t have half of the ingredients they need to create sugars to feed on.

Moreover, roots secure the plant, keeping it in place so that the grass doesn’t blow away in every breeze. This is necessary because the grass grew on purpose.

Wherever grass grows, it ‘knows’ there are sources of water and nutrients. Having grass roots in place helps prevent soil erosion.

Above the root and the soil, grasses have culms. These are the stalks of the grass that hold up the rest of the above-ground structure of the plant. Without culms, the blades would all lay flat on the ground.

Off of the culms grow alternating leaves. Although these are typically referred to as blades. However, only the upper part of the leaf is technically the blade.

Below that, connecting to the culm is a part called a sheath. Some sheaths also have a ligule covering the place where it connects, but not all grass species possess this feature.

Interestingly, grasses reproduce in two different ways. Grass seeds come from grass flowers, often known as florets, which tend to be smaller and less colorful than the flowers on other plants.

According to How Stuff Works, grass also reproduces using rhizomes and stolons. These special stems jut horizontally from the main plant, either above ground (a stolon) or below (a rhizome).

These special stems spread out, providing nutrients and water from the ‘mother’ until these clones grow enough leaves and roots to anchor and feed themselves.

Helpful Tips To Know If Grass Is An Organism

Understanding what makes an organism can seem complex at first, but it’s really just a classification system for life as we know it.

The grass is an organism because it is alive in the way we define life which involves interconnected organic tissues growing, changing, and reproducing.

Here are more helpful tips to know if grass is an organism.

Grass can look like a single massive organism, or a million smaller individual blades of grass can be mistaken for separate organisms.

The truth is somewhere in between. All the grass stalks connected to a single root system are one living thing. As producers, grass takes raw materials provided by decomposers and creates or ‘produces’ its own food.

In turn, the grass stalks and grass seed are eaten by consumers. Because it makes up a significant percentage of the plant life on earth, the grass is crucial to virtually every ecosystem.

link to Is Grass A Decomposer

The grass is biotic, which sounds like science fiction, but it's not. Abiotics are features in an ecosystem that are non-living but still necessary to sustain life, like water. Meanwhile, the grass...