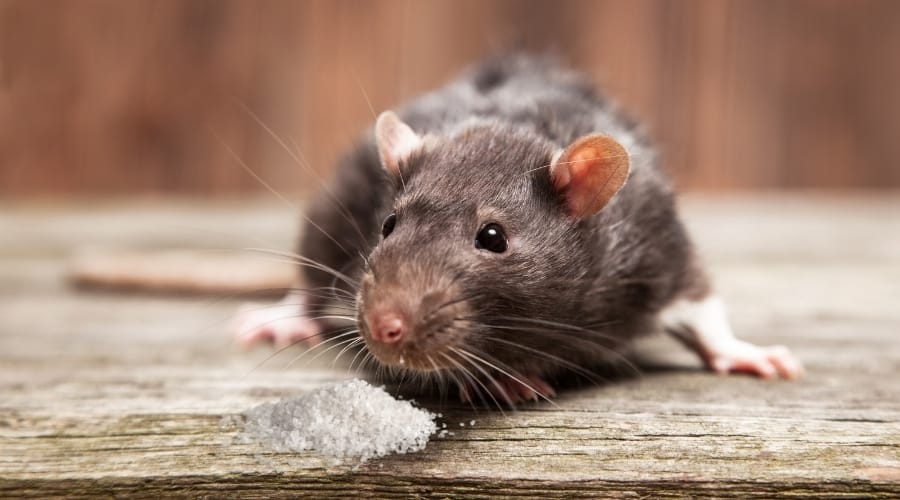 Death by salt. Sounds strange for rats, doesn’t it? Chances are you have never thought about it that way until now. Studies show that about 14 million American homes are infested with these rodents, so killing rats with salt is worth a shot.

Salt will kill rats in about 18 to 24 hours after consumption if they eat at least 80 grams and don’t have access to any water. Rats can’t live with over 70g to 75g of salt circulating in their system. Acute salt poisoning in rats leads to gastroenteritis, inflammation, and gastroenteritis, along with neurological issues like general weakness, muscular paralysis, blindness, and deafness.

Yes, but let’s explain something. While there are numerous claims out there in support of it, it’s hardly verifiable.

However, the fact of the matter is that rats won’t eat a bowl of salt just like that, you will need to persuade them to consume a lot of it.

What Are The Benefits of Using Salt As A Rat Poison

Salt is one of the most economical ways you could use to cut the rat population at home because it is a readily available material.

Also, it is a bit safe compared to those all-out commercial rat poisons that could easily kill your pets. Salt may affect pets as well if accidentally ingested, but it’s less devastating compared to those poisons and seldom kills.

How Does Salt Kill Rats

The fact that the body of a rat is small means the salt ions will build up faster and produce the effects sooner than a similar amount of salt would in a human body. You don’t want to have a lot of salt running in your system and neither do rats.

If the rat doesn’t drink lots of water soon enough to dilute the guts, the resultant burning effect might as well leave lasting damages on the linings of the stomach and intestines, which often ends up with death.

How Much Salt Must Rats Consume To Die

Rats can’t live with over 70 – 75g of salt circulating in their system. However, poison is best delivered in slight excess to unleash the full devastation.

For that reason, it is recommended that you lace the 1kg of your bait with 80g of salt, slightly above the killing threshold.

How Long Does Salt Take To Kill Rats

How To Get Rats To Eat Salt

This is where things get a little interesting. You’re going to have a hard time getting rats to chomp on pure salt without tricking them.

Clearly, you need to include bait of some kind. When it comes to baits, there are two primary options: Cheese and Rat Chow. We’ll talk about rat chow later, as it deserves a special mention.

Watch any cartoon show with rats in it, like Tom & Jerry, for example, and you would think Cheese is the only meal that attracts rats.

However, this stereotype is somewhat a wild exaggeration. Cheese isn’t a favorite of rats as TV depicts it, but they’ll still eat it because they are omnivorous.

The main reason why Cheese is the most preferred bait, in this case, is the strong scent it emits far and wide. Rats, just like any other hunting animal, rely on scent to locate their next meal.

Start by obtaining a slice of smelly blue Cheese laced with just enough salt to kill the offending rodents, about 80g.

Take a tiny bit of the Cheese and taste it yourself, is it harsh enough? Rats are quite greedy, so don’t be surprised if they gobble the whole slice.

The goal is to get the rats to consume as much of this stuff as possible. Also, you need to deprive them of water and all other leftover food throughout your home.

Cover your water sources and leave the sink dry to ensure all the consumed salt takes a toll on the body.

Don’t restrict your choices to Cheese alone, and you can bacon, oily fish, and any other tasty and strong-scented meal you could find but keep the salt at the threshold of 80 grams.

To formulate this killer diet, get yourself 930g of rat chow which is a life-cycle meal designed to appeal to lab rats.

Then obtain some salt, about 80g, and put it on a clean scentless bowl or plate. Honestly, 80g is no joke, and getting such a tiny animal to consume all of it can be difficult.

As such, this formulation needs to be mixed properly for rats to eat all of it without being overwhelmed with the burn. 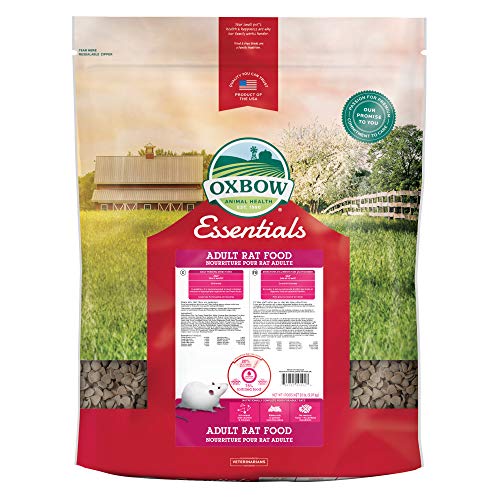 Helpful Tips To Know About Killing Rats With Salt

Of course, there are things you need to get right if you want this approach to work:

Neurological signs include general weakness, muscular paralysis, blindness, and deafness. However, you need to get rats to consume at least 80 grams of salt to produce these effects.

The only way to achieve this is to mix in 1kg of an enticing meal, preferably Cheese or Rat Chow. While it works most of the time, you might need to supplement it with other methods to exterminate the whole population. Still, make sure you deprive the rats of water.