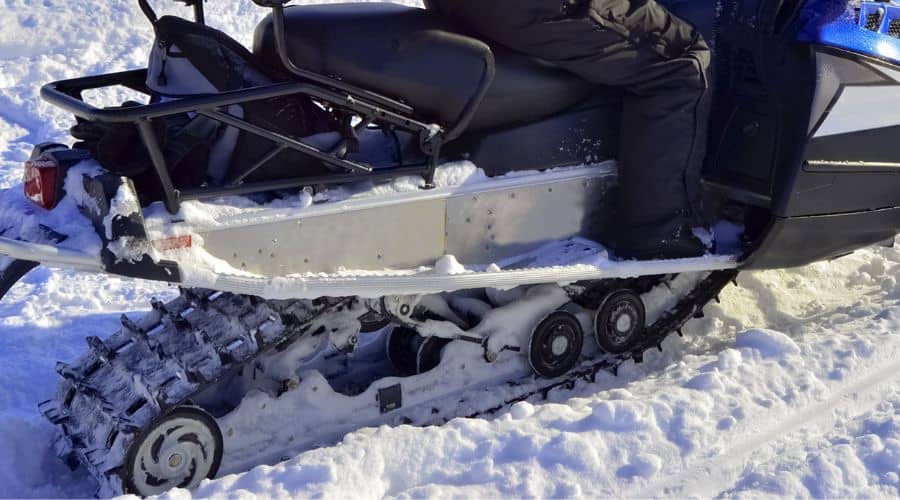 People need information on Yamaha snowmobiles for many reasons, such as finding compatible new parts, but most can’t read a VIN. The Vin or Vehicle Identification Number is not exclusive to Yamahas or snowmobiles. These 17-character identifiers apply to almost all motor vehicles.

What year is your Yamaha snowmobile? I’ll teach you everything you need to know to decode the system and identify your sled’s year quickly and accurately right now.

A Yamaha VIN number is 17-digits long that contain manufacturing information about the snowmobile and the year is the 10th digit. Using a system of numbers 1-9 and the alphabet A-Y skipping I, O, Q, U, and Z, the numbers-then-letters started in 1971 and get recycled.

How Do You Tell The Year From A Yamaha VIN

To tell the year from a Yamaha VIN, you must find the 10th character. This can be a number or a letter.

Meanwhile, the alphabet from A to Y is also used minus a few lookalike letters skipped to prevent confusion.

One decade (9 years) will be numbered. Then the next 21 years are designated by letters before the pattern repeats.

This may seem confusing, so I created a simple chart for the year and tenth digit so you can cross-reference it easily.

Then, the whole pattern will presumably start over, though laws and standards can always change in the future.

Yamaha snowmobile VIN location is always the same. The spot where you rest your right foot, known as a side tunnel, has your vehicle identification number etched into the material.

The second character on all Yamaha snowmobiles is “Y,” so if yours says otherwise, it is either not a Yamaha, or that part has been swapped out.

It’s important to note that there is generally a sticker with your VIN on it, which is often placed on top of the original engraved or stamped number on the tunnel.

Having a wrong VIN can lead to problems with registration, so it’s essential to check. Willfully destroying or altering VINs can come with fines and jail time.

If you suspect you may have purchased a sled with a wrong or damaged VIN, you should look it up or report it immediately.

There is no single source for all the Yamaha snowmobile models to look up every year and model.

However, if you have your VIN, you can easily do a VIN lookup by cheating slightly. The Yamaha company has a library of Owner Manuals.

By typing in your VIN, you will get the correct manual for that sled, giving you all the information you need to identify the model, get replacement parts, and more.

Technically any Yamaha snowmobile over 20 years old is considered vintage. However, if you have an old enough model, it won’t have a 17-digit VIN like the more recent models.

You may see 3 to 5 characters, typically including at least a couple of letters, then a dash, and six more numbers. Some years also have three additional characters at the end in parentheses.

The first 3 digits are the model and year, and the rest are serial numbers for that year and production run.

If you need to look up your vintage model, the only source I could locate for a list comes from Ohio Fish and Game.

However, I could not verify this chart with any direct sources from Yamaha.

Yamaha’s snowmobile production numbers are not consistently published anywhere on the internet.

The exact number of models made or sold doesn’t appear to be something most manufacturers share with the general public unasked.

However, Snowgoer managed to dig up an older document detailing 3 years of models in the late 60s and early 70’s.

Yamaha has been making great snowmobiles since July of 1968. With 54 years of outstanding models and innovative improvements, there are a whole lot of sleds out there with Yamaha VINs on them.

To help identify yours a little easier, I’ve made another chart showing the most popular Yamaha models each year.

The company didn’t produce a new model for some years, so I’ve omitted those.

If your model isn’t on this chart, it was a lesser-known model, or you can check a year or two back to find the model type they were making the most of at the time.

If you want to learn more about Yamaha snowmobile models over the last 50+ years, I recommend this video from Snow Trax TV.

They show off a vast variety of Yamaha models for fans, owners, and curious newcomers.

They also talk about some of the fascinating histories behind these incredible machines and how Yamaha came to produce them.

Knowing your sled’s make, model, and year is vital since you will probably need parts or a mechanic who knows your machine at some point.

One of the easiest ways to get more detailed info is by searching the VIN.

Here are a few more helpful tips to know about finding out what year my Yamaha snowmobile is.

Buying a used snowmobile can save you a ton of money, and the only downside is that it has some wear and probably doesn’t include the owner’s manual or other essential information.

Fortunately, there is a straightforward way to learn everything there is to know about your sled. Locate the VIN on the right side tunnel.

Once you have the number, you can either decode it using the charts here or access the Yamaha website and hunt for a specific vehicle.

link to Can A Snowmobile Go On Road

Continue Reading
link to Do Snowmobiles Have Titles

Not all vehicles have or require titles, and some, like snowmobiles, only have titles in some areas. Unlike a regular car, snowmobiles don't usually travel over publicly maintained roads, so most...