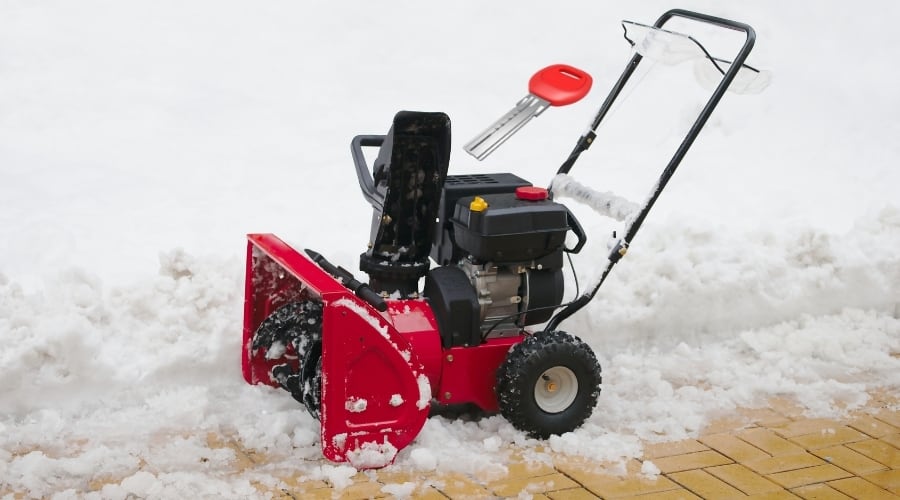 In the 1800s, a snowblower attachment was created for trains because the wedge-shaped piece on their front could get bogged down in deep snow and derail the train.

Naturally, these large snowblowers didn’t need keys because the train’s forward momentum powered them. Plus, they were virtually impossible to steal.

Modern snowblowers have straightforward keys, but are all snowblower keys the same?

Snowblower keys are not all the same however there are universal sets that fit most standard snowblowers. All the keys for one brand or model of snowblower are identical because they don’t need to be unique to serve the essential function of letting electric circuits connect and turn on. Snowblowers require keys to open the ground circuit contacts to the ignition coil.

It may seem like snowblower keys are universal, but they’re not. If you’ve only ever owned one brand of snowblowers, you probably only had one shape and style of plastic key for all of them.

There’s no need for manufacturers to mold and create unique keys because the theft rate is low.

In a factory setting, every step adds cost to creating the project. Whether it’s made by machines that require maintenance and monitoring or human hands, meaning a worker needs to be paid, it all costs money.

The reason for creating identical parts is that it reduces costs and makes repairs and replacements much simpler.

The industrial revolution happened because people needed a better way to make things than having to carve and mold every piece of everything by hand.

This allowed crucial tools like snow blowers to be widely available, instead of each item being a hundred percent custom.

Are All Toro Snowblower Keys The Same

Not all Toro snowblower keys are the same. There are two distinct styles. The first is a red plastic key with a square hole in the bottom and some 3D details that lock into place to open the ground circuit contacts.

The red keys are easy to spot. Toro red snowblower keys have a unique grill pattern with three elongated holes on the head. The top, where you hold the key, is also indented on both sides for easy grip in cold weather.

Toro’s second style of the ignition key is a plastic cap-like top with a short metal key end sticking out of it.

Unlike most snowblower keys, this style is primarily nylon and stainless steel.

Are All Honda Snowblower Keys The Same

Honda snowblower ignition keys are universal for all Honda models. These clever keys look a lot like a red bottle cap.

A stainless-steel key on the underside of the cap looks suspiciously like the keys you find on cheap children’s lockable diaries. However, the Honda version is larger.

These keys have a simple bilateral design. The central column of the key shaft has a very basic rounded rectangle added to the middle.

This allows it to slide into place and turn the mechanism inside the locked-closed switch inside the machine. A key doesn’t need to be overcomplicated to work.

Are All Ariens Snowblower Keys The Same

Like most brands, Ariens snowblowers have one universal (for this brand only) key. The push-pull style key is similar to a Toro with a square hole and 3D detail on the bottom but with a different head.

These basic ignitions work by slotting the hole and features into opposite-matching pieces within the lock to slide the mechanism open and shut with a twist.

Intriguingly, Ariens is the number one selling brand of two-stage snowblowers. These mid-size personal snowblowers can handle up to twelve inches of snow and work on both driveways and larger areas.

Are All Craftsman Snowblower Keys The Same

Not only are all Craftsman snowblower keys the same, but many Craftsman parts are compatible with other brands. As odd as it sounds, this is because Craftsman doesn’t own Craftsman.

According to the Chicago Tribune, Stanley Black and Decker bought the Craftsman company from Sears Holdings in 2017.

More than that, the manufacturer of Craftsman parts also creates the components for several other brands.

Contracting with an established parts manufacturer can save money because it doesn’t need to buy and staff warehouses to develop parts.

However, it comes at the cost of knowing that at least some parts will be interchangeable between brands rather than proprietary.

Are All MTD Snowblower Keys The Same

MTD or Modern Tool and Die Company is the company that makes Craftsman snowblowers. Instead of being a separate entity, this umbrella company works on several brands.

In a sense, MTD doesn’t have snow blowers and therefore has no keys for them. Alternately, you could consider all brands under MTD like Cub Cadet and Troy-Bilt to be MTD, in which case the answer is yes, the keys are the same.

However, it’s a little more complicated than that. MTD makes sets of four different keys that fit most brands of snow blowers.

Plus, Modern Tool and Die Company makes the Arnold key that fits any brand with a Tecumseh engine.

Are All Tecumseh Snowblower Keys The Same

Tecumseh is an engine brand. The keys for these engines are the same across all models. Modern Tool and Die Company makes the Arnold keys and the Tecumseh engines.

Notably, Tecumseh doesn’t make snowblowers, only the parts inside brands like Ariens and others served by MTD.

Getting a replacement key for most snow blowers is incredibly easy. You can pick up a four-pack of Arnold Universal Snowblower Keys from Amazon right here.

These will fit many popular brands. However, competing brands like Husqvarna and Stihl use different keys. 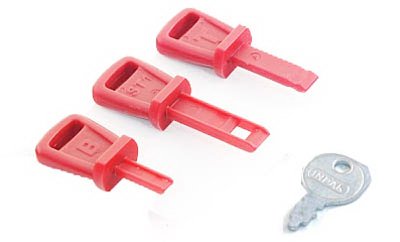 The trouble with key replacement isn’t the near-universal and incredibly cost-effective keys; it’s the ignition. Plastic keys, in particular, can become brittle with age.

Resultantly, it’s easy to snap a key off inside the ignition, leaving you no way to start or stop your snowblower.

You may be able to retrieve the key end with needle nose pliers. However, if it’s frozen inside, I recommend using a deicer first.

In the worst-case scenario, you may need to let your blower run down and turn itself off so that you can replace the ignition switch.

Helpful Tips To Know If All Snowblower Keys Are The Same

High theft items need locks and ignition with unique keys because it helps prevent you from losing expensive equipment.

However, this isn’t a priority when you’re working with something like a lawnmower that you don’t leave alone.

Here are more helpful tips to know if all snowblower keys are the same.

Snowblowers require keys to open the ground circuit contacts to the ignition coil. Without this essential function, they would be always-on unless you manually disconnected the power source.

Your machine would burn substantially more fuel, and it would wear out a lot faster. Not to mention, it’s unsafe to disconnect power from a turned-on engine.

The keys on every model or brand are the same because they don’t need to be as unique as car keys. After all, snowblower theft is unlikely. No one parks a snowblower by the curb overnight.

link to 7 Reasons Why Snowblower Backfires (How To Fix)

Storing a snowblower properly when it's not in use can save you a lot of time and trouble. Old, undrained gas and other cumulative problems like dirt and debris can cause numerous issues for your...

If you live anywhere that gets snow, having the best snow blowers for ATVs is a great investment. The buying guide and reviews here will make sure you get a snow blower to handle all your winter...